Should Safari Join The Rat Race?

Yes, this is true Safari 3.1 is not capable of detecting phishing site and this is where PayPal is most worried about - because they are always targeted by phishers. 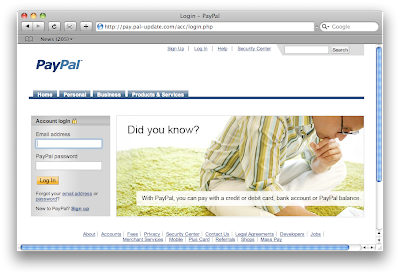 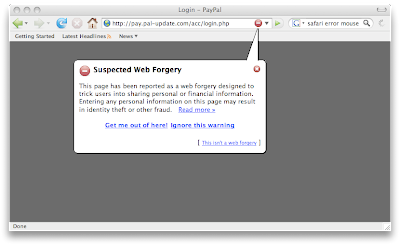 Notice the two screenshots above, obviously Safari does not recognize anything while Firefox displays an alert message.

Base from last year report, Anti-Phishing Working Group receives an average of 25,000 new phishing sites per month and 91.7% of this attacks are related to Financial Services. 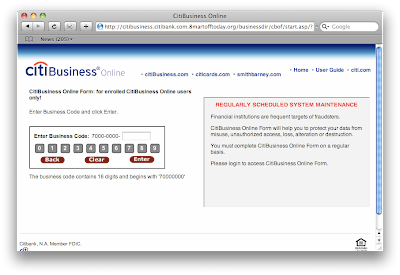 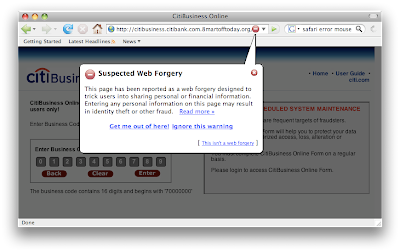 Safety Filter - It prevents known malicious sites from loading. However, this feature does not work in my testing. Perhaps, they are still working on it.

Domain Name Highlighting - As shown in the example below, the real domain name is not citibank.com instead it is 8martofftoday.org. Absolutely, a phishing site! This feature is also available in Mozilla plug-in "Locationbar&sup2".

The continuous proliferation of threats in the internet has escalated user's security awareness. And this, factors into users' expectation that softwares and application should provide security features. Beating up threats is just like a rat race and whether this is users' problem or not, the trend is now pressuring Safari to blend in.